The South African Police Service released the latest crime statistics that measure the crime patterns for the fourth quarter of the year. The statistics served as an indication of crime levels for the country during lockdown level 3 and the adjusted level 1 due to the coronavirus pandemic.

Police Minister Bheki Cele offered the latest crime statistics reflecting the crime levels from the period between 1 January up until the end of March 2021. A decline was noted for some contact crimes as there was an overall decrease of about 20.1%. The contact crimes that saw a drop were sexual offences that saw a decline of 3.9%, and assault, which saw a decrease of 9% and robbery. In regards to sexual offences, 9 518 people had reported that they had been raped during this period, which saw a decrease of 387 cases, a 4% decline compared to the previous reporting period. A sample of 6,893  rape incidents indicated that 4,130 of rape incidents had occurred at the victim’s home or the alleged rapist. In KwaZulu-Natal, one station, The Inanda station, reported the highest reported incidents. In contrast, the Lusikisiki station in Eastern Cape had the most recorded rape cases as it recorded a 58% increase in rape cases.

Though there was a 9% decline in rape cases, over 75,000 cases of grievous bodily harm (GBH), and common assault were reported. Roughly 16,528 cases of assault of grievous bodily harm and common assault were due to domestic-related issues where both the perpetrator knew one another.  2,855 cases of reported GBH had occurred with either the victim or the perpetrator or both having had consumed alcohol, and more than two thousand cases of assault occurred at either a tavern, bar, shebeen or a nightclub. The provinces that recorded the highest levels of assault crimes were the Western Cape and Gauteng.

There was, however, an increase in other contact crimes. In regards to murder, there was an 8.4% increase in this crime, and for attempted murder, an 8.7% increase was noted. Roughly 387 more people were killed this year than the previous financial year, as the total number of murders was 4,976. The provinces that reported the highest murder rates were the Eastern Cape which had a 21.5% increase, and KwaZulu-Natal, which had a 16.9% increase. The majority of murders that occurred in KwaZulu-Natal were due to vigilantism and arguments. Mpumalanga had the same number of murders this year as it did in the corresponding period last year.

The provinces that saw a decline in murder cases were Free State, Limpopo and the Northern Cape.Most of the murders occurred during an argument when people gathered in a social space and during robberies such as mob justice and gang-related incidents.

There were 25,582 contact-related crimes reported, which include malicious injury to property and arson. In comparison to the previous year, there was a decline of 5.1%. 91,223 property-related crimes were reported compared to the 99,034 reported during the corresponding period in the last year, which is a decrease of 7.9%. The number of reported malicious damage to property cases was 24,850, which is a decline of 4.8% from the 26,106 cases reported during the same period the previous year. A 14.2% decline was noted for arson cases as only 732 cases were reported.

Other serious crimes, including shoplifting, commercial crime and theft such as aggravated robbery like hijackings, also declined. There was a 9.9% decline in other serious crimes during this period, as 93,801 cases were reported. The number of reported shoplifting cases was 11,597, which decreased by 19.5% from the previous year. However, robbery at residential and non-residential premises increased by 7.6% and 4.9%, irrespectively. Only 1 case of a bank robbery was reported during this period which is an increase as there were no reported bank robberies reported during the same period in the previous financial year. There was also a 10,6% decline in cash-in-transit heists in the fourth quarter as only 90 cash-in-transit heists were recorded nationally this year. Aggravated robberies like hijackings or carjackings increased by 5%. Most of the reported carjackings took place in formal and then non-formal residences in the townships, followed by suburbs.

Crimes detected due to active policing, including raids and roadblocks, decreased by 27.1% as 50.034 cases were recorded. The offences included in this category are driving under the influence or DUI, the illegal possession of firearms and either the possession, trade or use of illegal drugs.

During the fourth quarter, 10 incidents of murder occurred on small-holdings or farms as 11 people were killed. 4 of those murdered were farm dwellers, the other were farm owners or farmers, 1 was a night guard, and 2 were farm employees.

The overall crime statistics indicated that there was a 14.4% decrease in the fourth quarter. It could seem that the decline in crime was due to effective policing, but there were also higher levels of lockdown measures that were implemented at the beginning of the year. 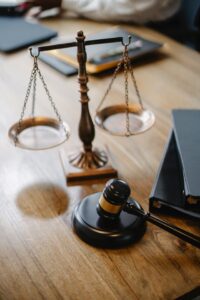 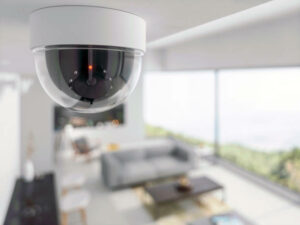 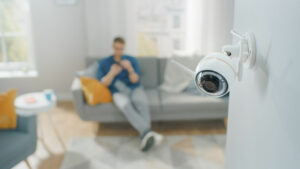